A man has been charged after a bizarre incident in which he allegedly threatened an employee at a Melbourne animal shelter with an assault rifle and demanded to know “where the cats were”.

The 44-year-old from Langwarrin, in the southeast of the city, is charged with kidnapping, aggravated burglary, armed robbery, forcible confinement and firearms offenses.

The alleged victim, 23, was parked outside The Lost Dogs’ Home in Cranbourne West at around 10:20 p.m. Monday when the man, dressed in military tactical gear, allegedly threatened her with the pistol.

Police allege the man took her to animal welfare property at gunpoint, tied her hands with cable ties and asked “where the cats were” before leaving with nothing. take. 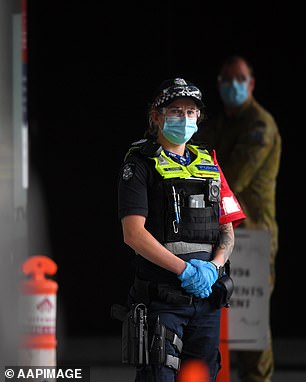 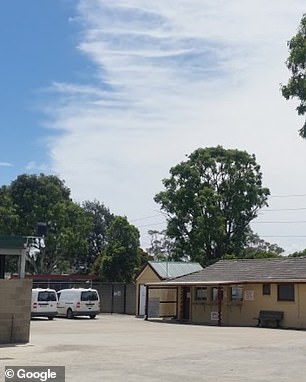 The incident sparked a manhunt by Victoria Police, although no one was injured in the incident at the animal shelter (pictured right)

The man, described as white, over six feet tall and solidly built, was dressed in “tactical style camouflage clothing”, including a mask and helmet,

The woman, who was not physically injured, was able to extricate herself and give the alert.

The man is due to appear in Melbourne Magistrates’ Court on Wednesday morning.

As part of the investigation, police also searched properties in Langwarrin and Carrum Downs and seized three firearms.

On Tuesday, Senior Sergeant Glen Cruse said the man’s motives were unknown but appeared to be linked to a desire to save animals.

“He was asking where the cats were stored and was talking about (how) a lot of animals are killed,” said Sgt Cruse.

“(He) seems to believe that the animals are potentially treated cruelly and killed on the spot.”

He said the ranger rolled down his vehicle window, believing the man to be an officer.

Sgt Cruse said she suffered no injuries but was shaken by the incident.

â€œIt’s very traumatic to be faced like this in a dark, remote place,â€ he said.

“What she went through andâ€¦ how she was able to handle the situation, communicate with the offender and inform the police – that’s very courageous.” 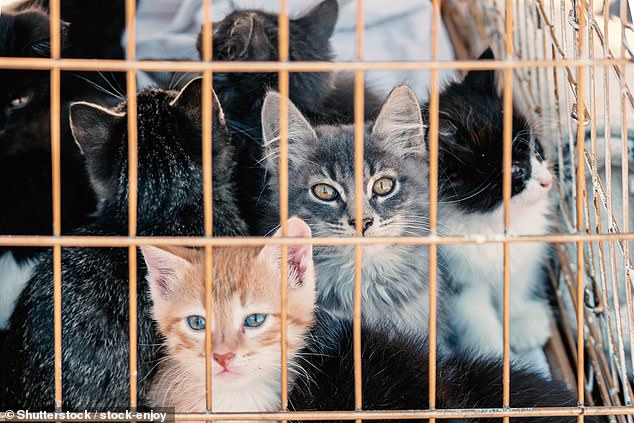 The man left with nothing after asking where the cats were. He has been charged with a number of offenses (stock image)

“The circumstances are a bit bizarre but it’s really worrying (he) faced someone like that in the middle of the night, dressed like he was and armed with a gun,” Sergeant Cruse told reporters. .

“He threatened to use the gun on her if she didn’t comply.”

The incident left the Lost Dogs’ Home “shocked and extremely concerned,” with the company thanking the community for the support given to its staff.

“The home has a zero tolerance policy with regard to violence against our staff in any form,” he said in a statement to the AAP.

“Our main priority is the well-being of our staff and we are giving all possible support to the member of the animal transport team who has been the victim of this horrific ordeal.”